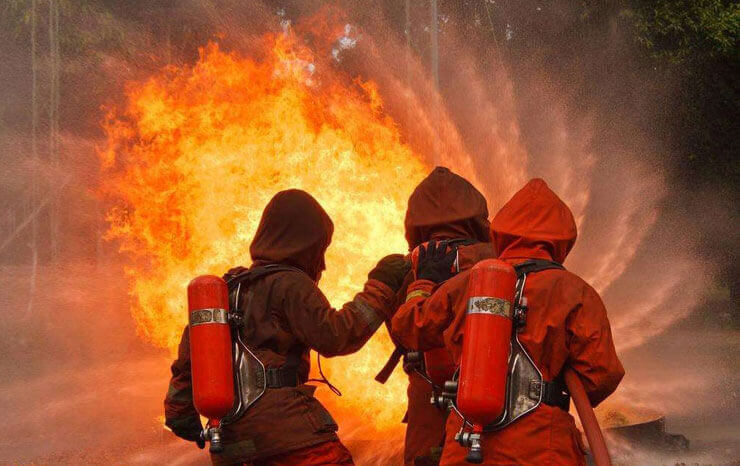 Most Canadians get through an ordinary day without once thinking of the huge sacrifices made by first responders in their ordinary workday. Imagine facing life-and-death situations as a regular occurrence and ask yourself if you could mentally withstand the strain.

What, Exactly, is a First Responder?

First responders are increasingly the focus of media and psychological studies today, as they are at the forefront of all crises and disasters which face our societies.

The term “first responder,” according to Wikipedia, means:

“a person with specialized training who is among the first to arrive and provide assistance at the scene of an emergency, such as an accident, natural disaster, or terrorism. First responders typically include law enforcement officers, healthcare workers and other trained members of organizations connected with this type of work. In some areas, emergency department personnel are also required to respond to disasters and critical situations, designating them first responders.”

All workers in the professions above have at least one thing in common: they are significantly more likely to suffer from PTSD than the population at large. 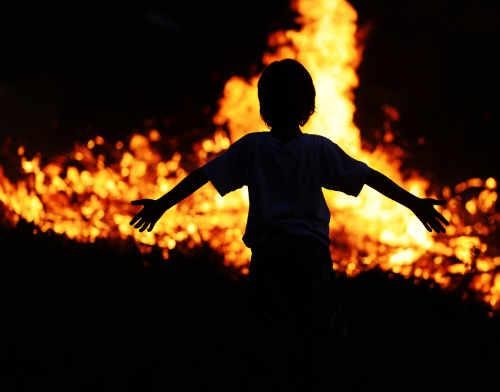 What Does Trauma Actually Mean?

“Trauma” is the Greek word for “wound” – a physical wound. In English the word is also used to for mental, emotional, or psychological wounds. Etymology can shed light on modern meaning, especially when words are incorporated verbatim from their Greek, Latin, or Germanic roots, and in the case of “trauma”, it can help us to think of trauma as a wound to the psyche.

Some basic dictionary definitions of “trauma” are as follow:

Of course, some people are more equipped to cope with trauma than others, but psychological trauma can cause major damage to a person’s psyche. Especially vulnerable are those who have no emotional outlet to express their various feelings of shock, fear, terror, etc. 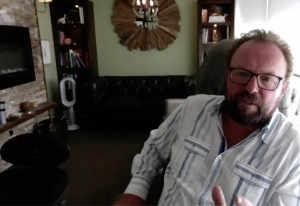 According to Dr. Mike Dadson:

“First responders are dealing with some new really horrific things and can find themselves in a very dark place, psychologically. I encourage them to see that state as a temporary state of mind, perhaps even just a reaction to some of the horrible things that they have had to witness or anticipate witnessing.”

What is Post-Traumatic Stress Disorder (PTSD)?

Decades ago, veterans would return home from wars with “shell shock” or “combat fatigue,” and it seems that little emphasis was placed on delving into causes or cures.

PTSD became an official diagnosis in the mental health community in 1980 and the term today is fairly well-recognized. Today, awareness of PTSD is increasing, and we are discovering that trauma is often the cause of various mental health challenges across society, not only in military personnel.

“a psychiatric disorder that may occur in people who have experienced or witnessed a traumatic event such as a natural disaster, a serious accident, a terrorist act, war/combat, or rape or who have been threatened with death, sexual violence or serious injury.” 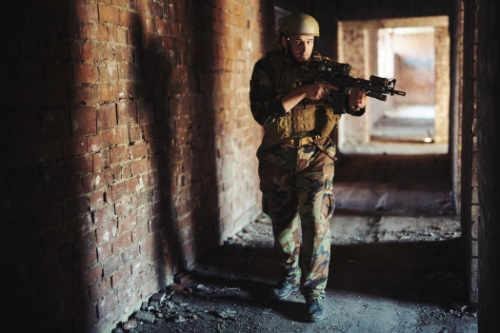 The disorder itself is complex and is still being debated and clarified by experts in the field, but many scholars divide the disorder into phases or stages, as symptoms begin, develop, peak, and, with therapy, can subside.

According to psychcentral.com, there are five types of PTSD, each with its own causes and recommended treatments: 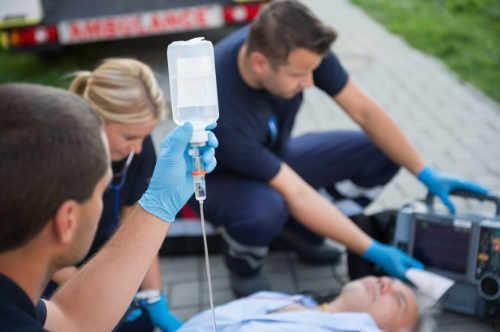 Causes and Triggers of PTSD

PTSD is not exclusively suffered by first responders. Many kinds of stressors can be traumatic, especially to children, and can lead to full-blown PTSD, but as a group, first responders are at particular risk, due to the life-and-death scenarios they face in the line of duty.

According to the United Kingdom’s National Health Service:

“Types of events that can lead to PTSD include: 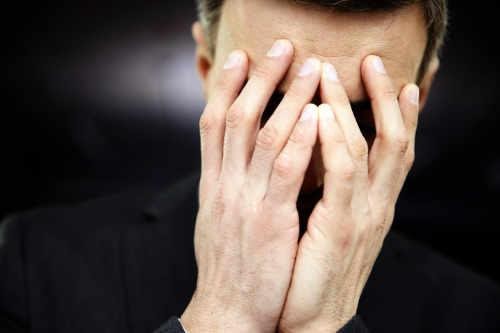 Terror, Horror, Dehumanization, and a Sense of Powerlessness

According to Dr. Michael Dadson:

“There is a dehumanization to trauma. To see a person dehumanized can take away all the hope and meaning for living and it can become a dark world where the impulse is just to “want out”. It’s temporary.… Helping first responders to process the horror, the terror, the dehumanization, the overwhelming sense of powerlessness over the situation that can sometimes be so extreme that people have trouble in the moment, coping.”

Cultural norms in our Canadian society are certainly changing now, but most adults today are the products of traditional gender training which can cause problems for everyone.

For men, traditional gender norms can be responsible for feeling that they are “supposed” to keep their emotions to themselves. 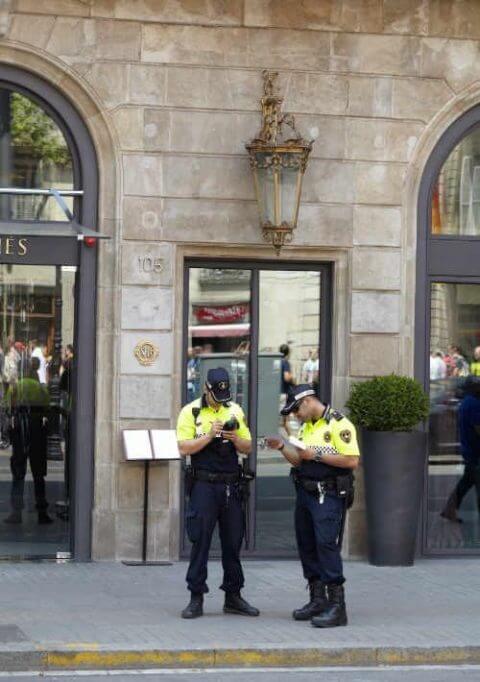 According to Mike Dadson:

“This brings us to the intersection of trauma and masculine gender role stress occurs because masculine norms say that men should be able to be independent, emotionally in charge, not needing to be vulnerable, in a sense, not needing to ask for help.
When we experience overwhelming powerlessness, terror, horror, and trauma, for men, it represents a double trauma in a sense because it violates those masculine ideals. “

Dr. Dadson explains that men, due to gender role training, have a tendency to be highly reticent, unaccustomed to exposing their feelings, especially feelings of weakness or fear:

“Suddenly, a man is thinking: ‘I’m not all-powerful, I’m not in-charge, I’m experiencing emotions I don’t understand, so it’s like a failure of the expectations of me as a man’.
And then because masculine socialization of men makes it difficult for them to express their emotions (we have feelings but we don’t express them well), a man is thinking: ‘So now I have this experience but I’m not allowed to really to talk about it,’ or ‘it’s not clear to me where I’m allowed to talk about it’.”

Dr. Michael Dadson is committed to his work with first responders, growing emotional when discussing the issues which they face, and pointing out the fact that all too often, first responders suffering from PTSD fail to reach out for competent professional help and go on to commit suicide.

“It’s such a tragedy to me and it never needs to happen, but it just keeps on happening.” 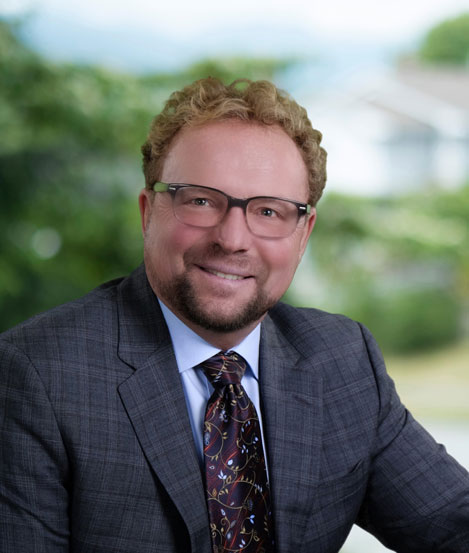